Her latest book ‘Secret St. Helens’ was published by Amberley Press in December 2019 and Sue is now working on her second book in this series due to be published in 2012.  Her next volume of poetry ‘Poems from the Cottage’, which will be a limited edition, will be published by Pear Tree Press, New Zealand 2020-2021.

Her latest work is a murder mystery play called ‘Busman’s Holiday’ which was commissioned in 2020.

Sue has had more than 250 poems published in national anthologies, magazines and online. Her work has appeared in leading poetry magazines as well as general publications such as ‘She’ and ‘Lancashire Life.’ Formerly Poet in Residence at St. Helens College, where she lectured in Creative Writing, she is now the Poet and Writer in Residence at Victoria Park, St. Helens and runs a ‘Young Writer of the Year’ competition on their behalf.  Since 2018 she has been the Poet and Writer in Residence at Lucem House Community Cinema Plus where she runs free writing workshops called The Writing Project.

Her poems have been broadcast regularly on Radio Merseyside, Radio City, Halton Community Radio and more recently on radio in New Zealand.  Sue’s poetry has been featured on Manchester Live Television and Channel Eight’s Bay Television.

In 2020 her work was featured in New Zealand’s ‘Poems in the Waiting Room’ publication.

Sue has come second in the Lancashire Magazine’s Murder Mystery Short Story competition and has won both their Science Fiction and Ghost Story competitions. She was highly commended inthe NAWG Ghost Story competition and has won other national competitions and been published in anthologies. She narrated, directed and wrote the ghost story ‘The Pale Boy’ which was presented as a play at Victoria Park in November. This is also available in book form and on You Tube. Her story ‘Sensitive Souls’ was performed in Salford in 2015. Her short stories have also been broadcast on Radio Merseyside and Radio Hallam.

Sue has read her own work at numerous venues throughout the United Kingdom including The Edinburgh Fringe Festival (with The National Poetry Society), The Warrington Festival, The Edinburgh Folk Festival and The Bolton Festival.  She has also appeared at The Royal Exchange Theatre, Manchester.  Sue was invited to perform at The Poetry Society Café, Covent Garden in the summer of 2015.  In 2018 she was invited to open the Grantham Writers Book Fayre and judge their ‘Poetry Slam Competition’ at Grantham Museum.  She also performed at this event.

She performed the second show in the series ‘Poetry in Motion – the Journey Continues…’ in 2008 and the third show at the St. Helens Poetry Fest and St. Helens Arts Festival in 2009.

This show brought together her poetry, acting, dance, music and AV material making it truly multi- media. Her latest show ‘Choices’ was performed at the above festivals in 2010 and at Grantham Museum in 2012.  She regularly performs poetry readings and ghost /horror stories readings of her own work throughout the North West.’

Sue is a computer -generated artist and exhibits regularly throughout the North West. In 2020 she exhibited at the Millennium Art Gallery and in April/May 2020 had a virtual online exhibition courtesy of the Village Art Gallery, Shevington. She has two exhibitions planned for 2021.

As part of The Poet and the Painter Sue has staged forty-four exhibitions throughout the North West with artist Carol Anne Eaves including at art galleries in Manchester and Liverpool. The work was featured on Radio Merseyside and Manchester Live Television.

Sue was the performance Director of the St Helens College Poetry Fest for five years, the Jacobean Fest at the Citadel in 2014 and coproduces an annual show at Lucem House.

She qualified as a Chartered Librarian at Manchester University and worked in the Beecham Music Library and as Readers’ Advisor in St. Helens Central Library. Sue then moved into journalism and worked for the St. Helens Star and associate newspapers for more than twenty years. She also wrote a ‘Coronation Street Corner’ for the ‘Britannia Magazine’ in Toronto, Canada and freelanced to magazines in Australia.  She worked for the KITS website and is a regular contributor to ‘Evergreen’ magazine as well as still supplying the occasional story to the local press.

After leaving the newspaper Sue worked at St. Helens College and graduated as a lecturer from John Moores University, Liverpool.  Sue also worked for this university and Salford University.  Sue now works as an online tutor in Creative Writing, Proof Reading and Social and Political History.

Sue was awarded the Robert Lord Writing Residency 2019 in New Zealand. Sue is Chairperson of The Len Saunders Writing Room, committee member for the Friends of Victoria Park, St. Helens and a member of the Millennium Art Academy Committee. 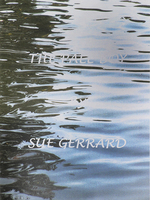 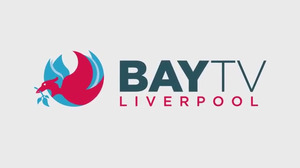